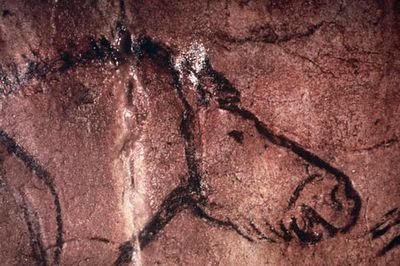 Abstract: The fossil record has been used to shed light on the late Pleistocene megafaunal extinctions in North America and elsewhere. It is therefore important to account for variability due to the incompleteness of the fossil record and error in dating fossil remains. Here, a joint confidence region for the extinction times of horses and mammoths in Alaska is constructed. The results suggest that a prior claim that the extinction of horses preceded the arrival of humans cannot be made with confidence.

Large animals' disappearance at the end of the Pleistocene era (50,000 to 10,000 years ago) happened at about the same time that many large animals, or megafauna, went extinct around the globe. Victims included species such as the saber-toothed cat and the Diprotodon—a rhinolike beast that was the world's largest marsupial.

Now a new study of the fossil record fuels the debate about the cause of the creatures' fate. In North America two major events occurred at about the same time as the megafaunal extinctions: The planet cooled, and early humans arrived from Asia to populate the continent. For decades scientists have debated which of these factors was responsible for widespread megafaunal extinctions.

New data reveal that horses did disappear before mammoths, though only by perhaps 200 years. Their findings also suggest that both species may not have gone extinct until after human arrival—so human hunting may well have played a role in their demise.
Posted by Michael J. Ryan, Ph.D. at 9:58 AM