Homo floresiensis not a Hobbit 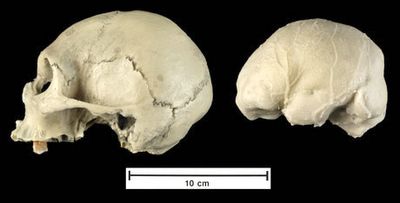 Photograph by John Weinstein, courtesy of the Field Museum/Science
The skull cast (left) and cast of the endocranial cavity of a modern adult human who suffered from the genetic disease microcephaly.

In a new analysis, a team of researchers report that the "hobbits" who lived on the Indonesian island of Flores some 18,000 years ago were actually a population of microcephalic modern humans, and not a new species (H. floresiensis).

Read the “Science news of the Week”article about this story HERE.