”Romer (Dec. 28, 1894 – Nov. 5, 1973) was director of the Museum of Comparative Zoology at Harvard University until his retirement in 1961 and was one the singularly most influential vertebrate paleontologists of the 20th Century. His work ranged over virtually every 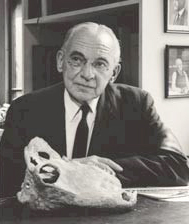 A Ceratopsian Dinosaur from the Lower Cretaceous of Western North America, and the Biogeography of Neoceratopsia. Farke, A., et al. PLoS One 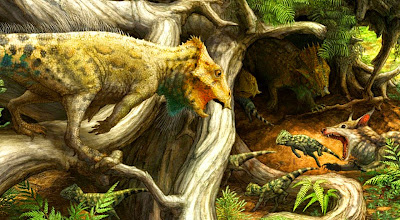 Abstract [edit]: An associated cranium and lower jaw from the Cloverly Formation (?middle–late Albian, between 104 and 109 million years old) of southern Montana is designated as the holotype for Aquilops americanus gen. et sp. nov. Aquilops americanus. A. americanus probably originated via a dispersal from Asia into North America. LiveScience article. 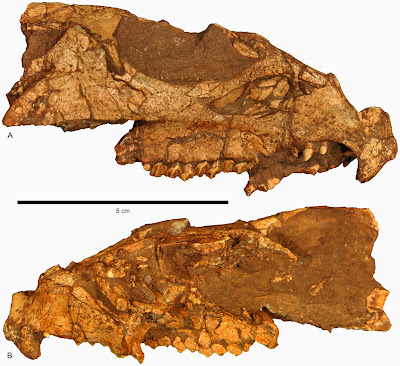 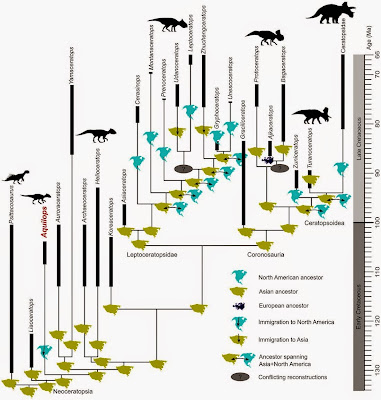 Erasmus (Dec. 12, 1731 – April 18, 1802) was a prominent English physician, poet, philosopher, botanist, naturalist and the grandfather of naturalist Charles Darwin and the biologist Francis Galton. Erasmus Darwin was one of the leading intellectuals of 18th century England. 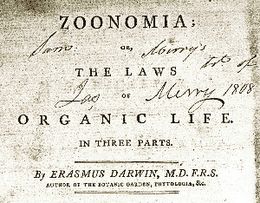 Image from HERE where you will also find a slightly more colourful account of her life with Louis.
Posted by Michael J. Ryan, Ph.D. at 12:26 PM

Died This Day: Herbert Spencer, who coined "Survival of the Fittest" 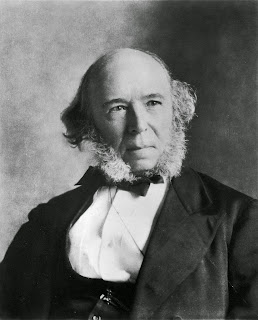 Spencer (April 27, 1820 - Dec. 8, 1903) was an English sociologist and philosopher who was an early adherent of evolutionary theory. He regarded society as an organism which was evolving from a simple primitive state to a complex heterogeneous form according to the designs of an unknown and unknowable absolute force. Similarly, knowledge developed from an undifferentiated mass into the various separate sciences.

Formulating his ideas independently of Darwin, Spencer coined the phrase “survival of the fittest” as early as 1852. He applied Darwin's theory of natural selection (proposed four years later) to social development and in A System of Synthetic Philosophy (1862-96) presented a philosophical system to the natural and social sciences, synthesizing metaphysics, biology, psychology, sociology, and ethics. From HERE
Posted by Michael J. Ryan, Ph.D. at 12:23 PM

Women In Science In Canada

Today is the 25th anniversary of the Montreal Massacre at École Polytechnique in Montreal, Quebec that saw 14 women murdered, and another 10 women and 4 men injured by killer who deliberately targeted women.

Mika McKinnon at io9 honours the deceased by reminding us of a small fraction of women who have contributed to science in Canada, including Frances Wagner, a micropalaeontologist from Hamilton. She was one of the first two women permitted to do fieldwork with the Geologic Survey of Canada.

And a big tip of the hat to another micropalaeontologist, Dr. Claudia Schröder-Adams , my colleague at Carleton University, who continues to be an excellent educator & to do outstanding work in the Arctic. 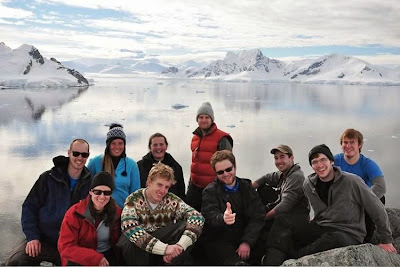 He began as an assistant (1882), became keeper of mammals (1891) at the Royal Museum of Natural History in Brussels where he stayed most of his life. He was a specialist in fossil fishes, reptiles, birds, and their palaeoecology. He supervised the excavation of the famous, multiple Iguanodons found in 1878 by miners deep underground, at Bernissart, Belgium. image From Today In Science History
Posted by Michael J. Ryan, Ph.D. at 8:09 AM