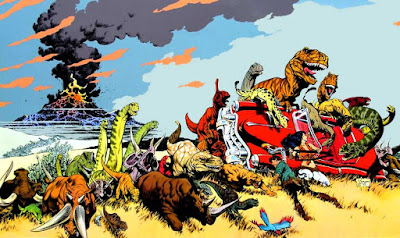 After 12 years of blogging here, I've migrated the Palaeoblog over to Facebook at http://www.Facebook.com/Palaeoblog. This blog will remain here as an archive.

Please join us there for faster, more up to date Palaeo info, with the same odd bits of pop culture thrown into the mix. 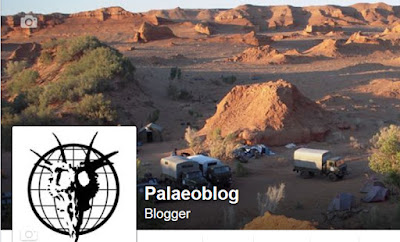 Palaeoblog is now on Facebook: Palaeoblog
This will probably be a more or less permanent move, so please check us out at the new address.
Posted by Michael J. Ryan, Ph.D. at 12:06 PM

Published This Day: Steno Recognizes Fossils as The Remains of Once Living Animals 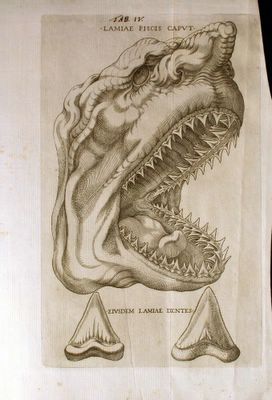 In 1667, a classic paleontological paper by Nicolaus Steno was published by the Royal Society, London. His topic, Head of a shark dissected, represented the first such scientific paper to recognise that fossils were the remains of creatures who had died and subsequently had become petrified. Controversy resulted as the same claim had been made in the time of the ancient Greeks, two millennia earlier.
Posted by Michael J. Ryan, Ph.D. at 6:30 AM

In 1865, Gregor Mendel, who first discovered the laws of genetics, read his first scientific paper to the Brünn Society

for the study of Natural Sciences in Moravia (published 1866).

He described his investigations with pea plants. Although he sent 40 reprints of his article to prominent biologists throughout Europe, including Darwin, only one was interested enough to reply.

Most of the reprints, including Darwin’s, were discovered later with the pages uncut, meaning they were never read.

Fortunately, 18 years after Mendel's death, three botanists in three different countries researching the laws of inheritance, in spring 1900, came to realize that Mendel had found them first. Mendel was finally acknowledged as a pioneer in the field which became known as genetics. Info from Today In Science History 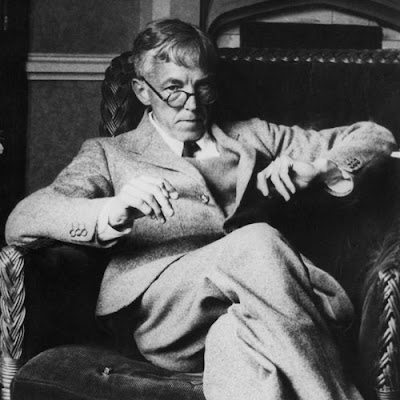 Image from HERE where you will also find a slightly more colourful account of her life with Louis.
Posted by Michael J. Ryan, Ph.D. at 8:00 AM 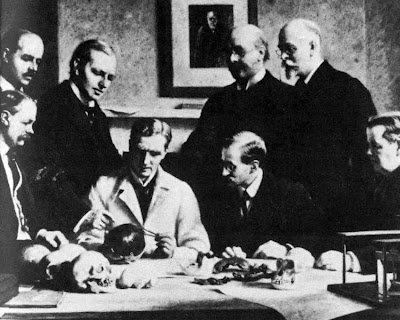 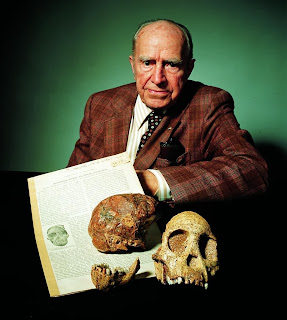 image
Dart (Feb. 4 1893 - Nov. 22, 1988) was an Australian-born, South African physical anthropologist. In 1924, working with students in the Taung limestone South Africa, they discovered the first Australopithecus africanus. Dubbed "missing link" at the time, skull is also known as the 'Taung child', and was only three years old at the time of death. More on Dart here
Posted by Michael J. Ryan, Ph.D. at 7:00 AM