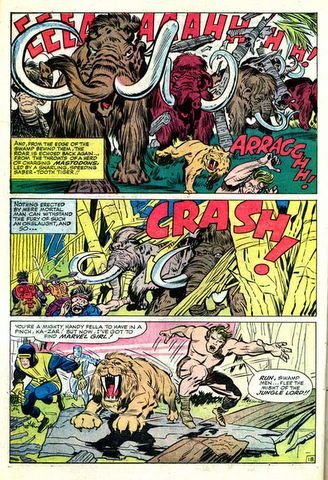 X-Men © Marvel Comices; created by Jack Kirby (who should have a truck full of money generated from new movie delivered to his estate but which is probably not getting a darn cent) & Stan Lee. Scan by me.

Fishermen in Siberia have discovered the complete skeleton of a mammoth - a find which Russian experts have described as very rare.

From the BBC News: 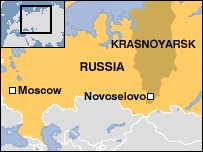 The mammoth's backbone, skull, teeth and tusks all survived intact. It appears to have died aged about 50.

Alexander Kerzhayev, deputy director of the museum in the small town of Novoselovo, says it is the most significant find he can remember.

Despite the undoubted significance of this latest find, there is some bad news.

Mr Kerzhayev says his museum has neither the equipment nor the money to dig out the mammoth. At the moment, his best option may be to remove only parts of the skeleton.

Mr Kerzhayev admits it would be a pity just to leave the mammoth where it is, on the shore of a reservoir, but he says: "No one seems to care."
Posted by Michael J. Ryan, Ph.D. at 10:59 PM