75 Years Ago Today King Kong Was Unleashed On NYC 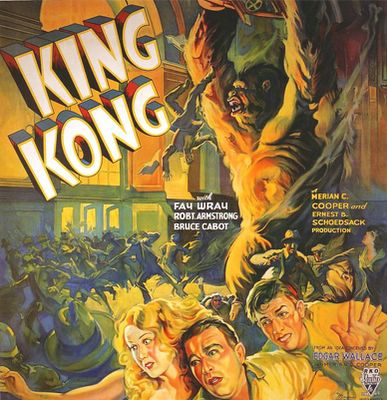 The movie King Kong was one of the most successful films released in 1933. It went on to inspire many young fans (both in its initial release, numerous re-releases, and on television) to take up the professions of either film-making or paleontology. The field of dinosaur paleobiology would be very different today if King Kong had never met Fay Wray on Skull Island "way west of Sumatra" and been taken to the concrete jungle of New York.

In a remarkable coincidence the artist, Willis O'Brien, who created and brought Kong to life, celebrated his 47th birthday on the day the movie debuted in New York City.