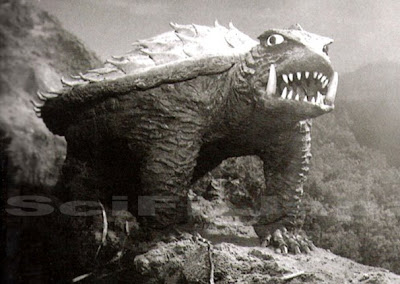 Abstract: Turtles have been known since the Upper Triassic (210Myr old); however, fossils recording the first steps of turtle evolution are scarce and often fragmentary. As a consequence, one of the main questions is whether living turtles (Testudines) originated during the Late Triassic (210Myr old) or during the Middle to Late Jurassic (ca 160Myr old).

The discovery of the new fossil turtle, Condorchelys antiqua gen. et sp. nov. from the Middle to Upper Jurassic (ca 160–146Myr old) of South America (Patagonia, Argentina), presented here sheds new light on early turtle evolution. An updated cladistic analysis of turtles shows that C. antiqua and other fossil turtles are not crown turtles, but stem turtles. This cladistic analysis also shows that stem turtles were more diverse than previously thought, and that until the Middle to Upper Jurassic there were turtles without the modern jaw closure mechanism.
Posted by Michael J. Ryan, Ph.D. at 12:13 PM