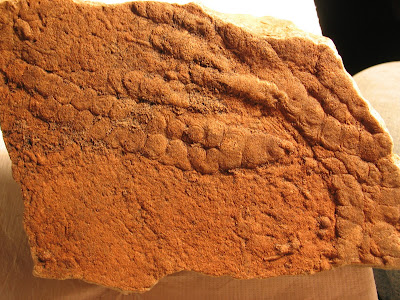 Two paleontologists studying ancient fossils they excavated in the South Australian outback argue that Earth’s ecosystem has been complex for hundreds of millions of years – at least since around 565 million years ago.

But in describing the ecology and reproductive strategies of Funisia dorothea, a tubular organism preserved as a fossil, the researchers found that the organism had multiple means of growing and propagating – similar to strategies used by most invertebrate organisms for propagation today.

Funisia dorothea grew in abundance, covering the seafloor, during the Neoproterozoic, a 100 million-year period ending around 540 million years ago in Earth’s history, during which no predators were around. 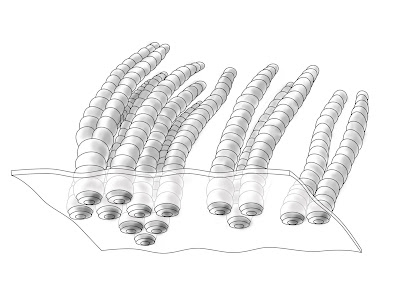 Droser and Gehling observed that Funisia appears as 30 cm-long tubes in the fossils. They also observed that the tubes commonly occur in closely-packed groups of five to fifteen individuals, displaying a pattern of propagation that often accompanies animal sexual reproduction.

According to Droser and Gehling, the clusters of similarly sized individuals of Funisia are strongly suggestive of “spats,” huge numbers of offspring an organism gives birth to at once. Besides producing spats, the individual tubular organisms reproduced by budding, and grew by adding bits to their tips.