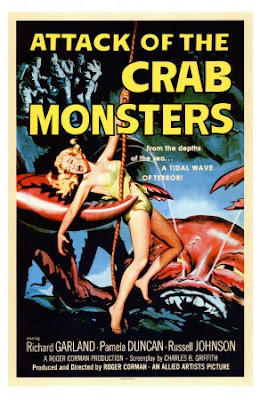 Researchers have found evidence which suggests that evolution drives animals to become increasingly more complex. Looking back through the last 550 million years of the fossil catalogue to the present day, the team investigated the different evolutionary branches of the crustacean family tree.

They found organisms with increasingly more complex structures and features, suggesting that there is some mechanism driving change in this direction.

“If you start with the simplest possible animal body, then there’s only one direction to evolve in – you have to become more complex,” said Dr Matthew Wills. “Sooner or later, however, you reach a level of complexity where it’s possible to go backwards and become simpler again.

“What’s astonishing is that hardly any crustaceans have taken this backwards route. Instead, almost all branches have evolved in the same direction, becoming more complex in parallel.”

“Of course, there are exceptions within the crustacean family tree, but most of these are parasites, or animals living in remote habitats such as isolated marine caves. This is the nearest thing to a pervasive evolutionary rule that’s been found."
Posted by Michael J. Ryan, Ph.D. at 8:25 AM