Orrorin tugenensis & The Origin of Bipedalism 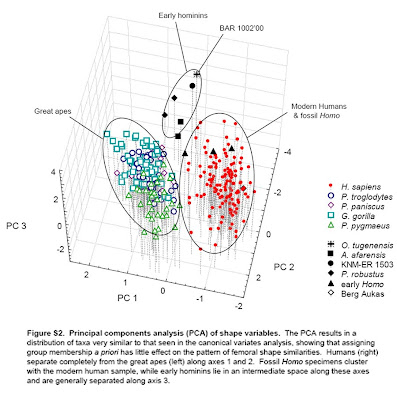 Abstract: Bipedalism is a key human adaptation and a defining feature of the hominin clade. Fossil femora discovered in Kenya and attributed to Orrorin tugenensis, at 6 million years ago, purportedly provide the earliest postcranial evidence of hominin bipedalism, but their functional and phylogenetic affinities are controversial. 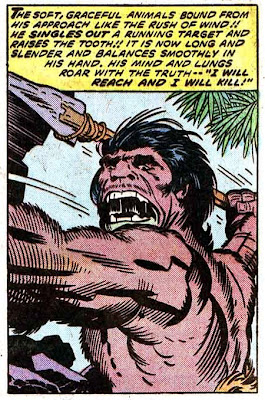 Femoral morphology indicates that O. tugenensis shared distinctive hip biomechanics with australopiths, suggesting that this complex evolved early in human evolution and persisted for almost 4 million years until modifications of the hip appeared in the late Pliocene in early Homo.
Posted by Michael J. Ryan, Ph.D. at 8:13 AM