Fredrick Burr Opper was born 2 January, 1857, in Madison, Ohio, and had published in magazines like Scribner's, The Century, St. Nicholas. and Wild Oats, before he was 20. In 1899, Opper was then persuaded by William Randolph Hearst to do weekly cartoons for the New York Journal's Humorist section. It was in these pages that Opper's most popular and lasting comic character - Happy Hooligan - first appeared.

Throughout his career Opper continued creating both political and topical cartoons. While he seldom did daily strip work, he often worked on as many as three separate full- and half-page weekly strips during the first two decades of the twentieth century. In "Our Antediluvian Ancestors," Opper uses prehistoric man as a foil to illustrate the timelessness of many of mankind’s foibles and character traits. 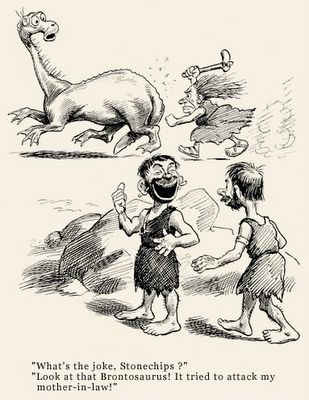 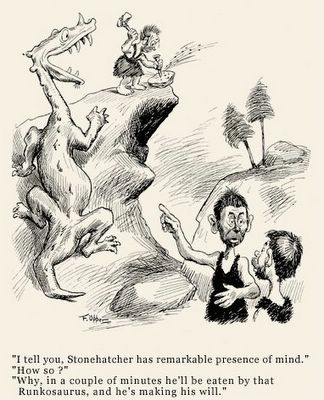 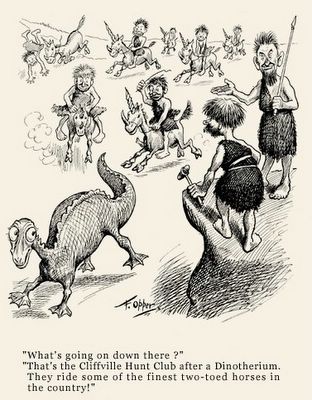 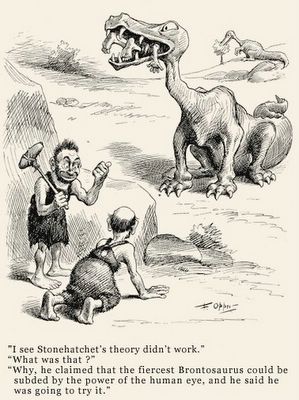 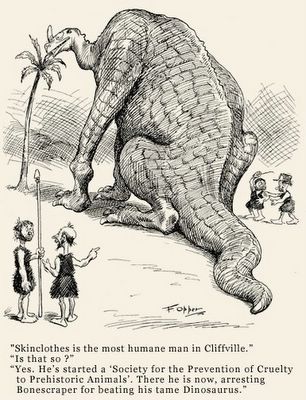 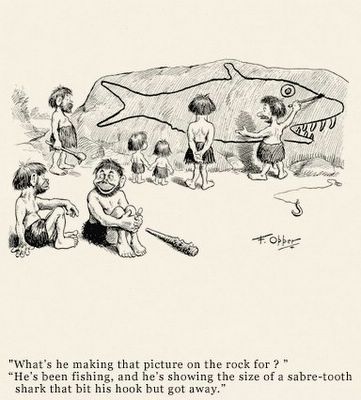 Opper’s work in the prehistoric realm was first brought to our attention in the excellent book, “Carbon Dates: A day by day almanac of paleo anniversaries and dino events”, by Don Glut available now from Mcfarland Press by clicking HERE.

NOTE: The Palaeoblog is taking the Memorial Weekend off. The Bissette interview is still in the works -- promise!
Posted by Michael J. Ryan, Ph.D. at 7:52 AM