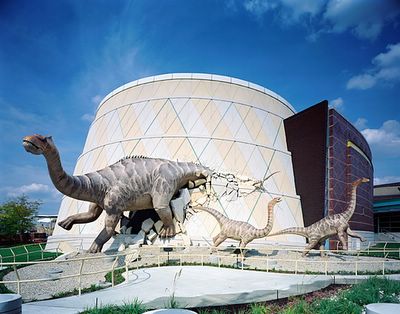 The Indianapolis Children’s Museum (above) has announced their acquisition of a new species of a pachycephalosaurid dinosaur at this week’s American Association of Science meeting. The specimen closely resembles Stygimoloch (below) but has a flat rather than a domed skull. Apparently the nearly complete skull was found by three amateur fossil hunters from Iowa in 2003 while exploring the Hell Creek Formation in central South Dakota. 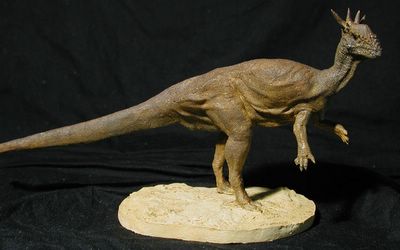 Image of model from HERE.