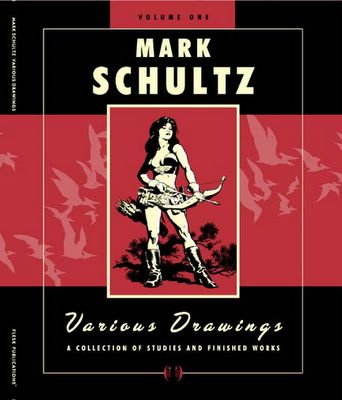 As promised, here’s one of the first reveals of the new Mark Schultz art book to be published this July by Flesk Publications. Appropriately entitled, "Mark Schultz: Various Drawings", you can preorder it from www.fleskpublications.com. The book is a slice of his largely unpublished works from over the last few years, and is just a small part of incredible art produced in a 20+ year career in the field of comic art and illustration that has seen Mark win numerous awards, including five Harveys, two Eisners, an Inkpot, a Spectrum, and three Haxturs (from the Salon Del Internacional Comic del Princapado de Austurias). Designed by the brilliant Randy Dahlk, the book is drop-dead gorgeous.

Schultz made his mark as a 'cartoonist' (as he calls himself) as the creator/writer/illustrator of “Xenozoic Tales” (also known as “Cadillacs & Dinosaurs” for the CBS TV series), a sharply written and beautifully illustrated action-adventure series that recalls the best of the golden age of fantasy fiction but told with a fresh, modern voice. The heroes, Hannah Dundee and Jack Tenrec (pictured below [click to enlarge all images]), are uneasy allies in a future world where an unexplained cataclysm has radically altered the Earth’s ecosystem and returned many previously extinct species, including dinosaurs, to life. The entire run (to date) of the series was recently collected in two beautiful soft-cover volumes by Dark Horse that are available Here and Here. 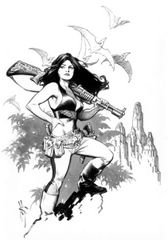 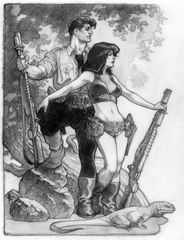 “Various Drawings” will also be available through comic shops via Diamond Distribution, Bud Plant Comic Art, and Amazon Books (and possibly other on-line booksellers as well).

If you want to order through your local bookshop the ISBNs are: 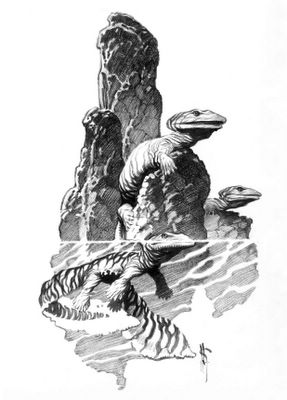 But “Various Drawings” is not the only Mark Schultz art book coming out this year. From September to November of 2005, the Solleric Gallery in Palma, Mallorca, Spain, will be hosting a retrospective of Mark’s career. There will also be a lavish art book produced for the show but Mark thinks that, at this point at least, it will only be available through certain participating museums in Europe. The Palaeoblog will post more details about this Art Show and the second book when they become available.

If you're interested in this book be sure to check out Steve Bissette's 9-part series, "The Paleo-Path", looking at the history of dinosaur comics by clicking HERE.
Posted by Michael J. Ryan, Ph.D. at 9:41 AM