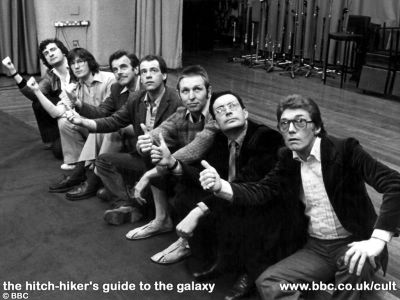 Lost in the discussion of the new HITCHHIKER’S GUIDE TO THE GALAXY film having just been released is the news that the BBC has just aired the first episode of the new “Quandary Phase” of the radio series. That’s right -- all new Hitchhiker’s 'radio' from Douglas Adams' last 2 books in the series.

The new radio series features the entire original cast, or at least all that are still alive. The first episode will be archived for the next 7 days and will then be replaced by the second episode. This four episode series will be immediately followed by the “Quintessential Phase”. For all your HGTTG listening needs go to BBC RADIO 4. The site includes video of the new recording sessions, photo archives and even a Babel Fish Screen Saver. 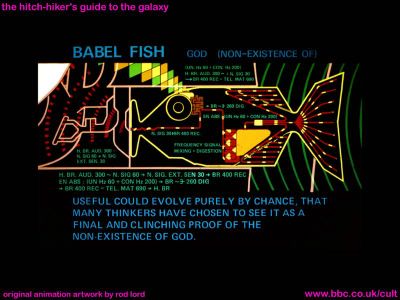