Sam Hughes over at Livescience.com posted this article last May. I missed it then and chances are you did to. But it’s a fun read. I like #4 the best as it also has the most potential for uncovering an enormous number of dinosaurs on our way to the end. 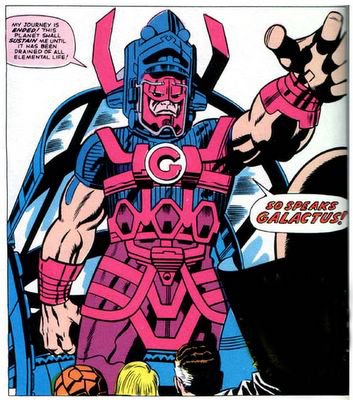 You will need: a powerful mass driver, or ideally lots of them; ready access to roughly 2*1032J

Method: Basically, what we're going to do here is dig up the Earth, a big chunk at a time, and boost the whole lot of it into orbit. Yes. All six sextillion tons of it. A mass driver is a sort of oversized electromagnetic railgun, which was once proposed as a way of getting mined materials back from the Moon to Earth - basically, you just load it into the driver and fire it upwards in roughly the right direction. We'd use a particularly powerful model - big enough to hit escape velocity of 11 kilometers per second even after atmospheric considerations - and launch it all into the Sun or randomly into space.

If we wanted to and were willing to devote resources to it, we could start this process RIGHT NOW. Indeed, what with all the gunk left in orbit, on the Moon and heading out into space, we already have done.

Earth's final resting place: Many tiny pieces, some dropped into the Sun, the remainder scattered across the rest of the Solar System.