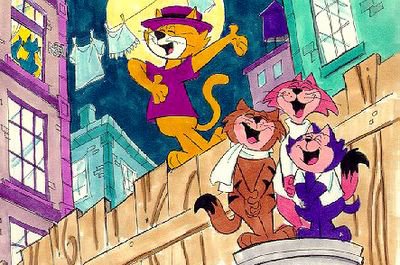 From Shaoni Bhattacharya at New Scientist.com comes this article:

Despite their occasional fierceness, the domestic cat diverged from its “roaring” cousins, such as lions, jaguar and tigers, 10.8 million years ago – just after the evolution of the ancestor of all modern cats. The revelation comes from a thorough new genetic analysis of the cat family tree.

Cats are “one of the world’s most successful carnivore families, inhabiting all continents except Antarctica”, say the researchers, but modern species evolved only relatively recently – about 11 million years ago.

Originating in Asia, they successfully traversed and colonized the globe,

with the periodic rise and fall of the sea level facilitating their spread and evolution into new species, the new study suggests. The cat family tree has been notoriously difficult to decipher because there are few dated cat fossils and because most of today’s species appeared so recently.

Johnson’s team managed to piece together a tree by analysing DNA sequences from the 37 living cat species. They used DNA from the sex chromosomes, X and Y, and from mitochondria – structures in the cell which provide energy and are inherited only via the mother.

They suggest that after modern cats arose in Asia,

the eight main lineages diverged during the course of at least 10 migrations across continents. The felines used geographical features such as the Bering land bridge, which once connected Eurasia to North America, and the Panamanian land bridge, connecting North and South America, to spread across the world. The team also suggests that 60% of the modern species arose in just the last million years.
Posted by Michael J. Ryan, Ph.D. at 8:05 AM