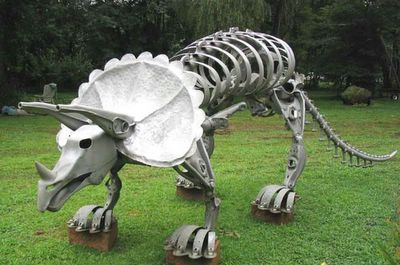 Jim Gary, an artist who used junkyard car parts to make playful dinosaur skeletons that were exhibited at the Smithsonian Institution in Washington and other leading museums around the world, died Jan. 14. He was 66. Gary's exhibit, "Twentieth Century Dinosaurs," toured the United States, Australia and Asia for more than 20 years starting in the late 1970s. 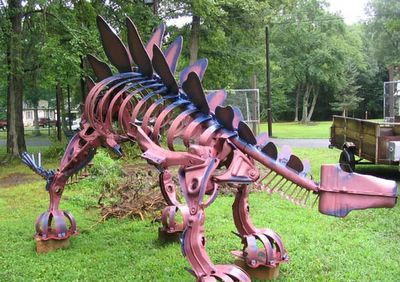 He built many of his sculptures from the worn-out parts of hulking American cars of the 1950s, '60s and '70s. He turned old brake shoes into dinosaur feet, oil pans into faces, axles into legs. Generator fans as dinosaur eyes allowed for huge lashes. He and his art were featured in Smithsonian Magazine, National Geographic World and a number of other science and nature publications.