Searching For Ancient Life On Mars 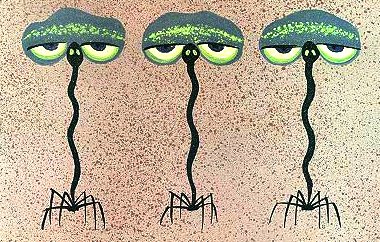 During the first hundred million years of its history, Mars likely had a denser atmosphere, milder temperatures, and liquid water on its surface, leading astrobiologists to hypothesize that life once existed on that planet. However, the Viking landers missions found that Martian soil was depleted in organic molecules. Stalport et al. suggest that while these organic compounds might have short residence times in Martian soil, inorganic compounds could yield clues about the possibility that life had existed on Mars.

Noting that calcite can be formed by biomineralization, the authors sought to identify differences between 12 terrestrial calcite samples 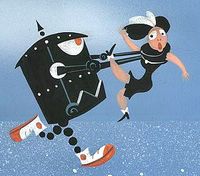 formed through biotic, abiotic, and diagenetic [biological, nonbiological, and compaction, etc.] mechanisms, the latter occurring as biomineralized [minerals absorbed into biological organisms] calcite metamorphoses into calcite that has lost fossil traces. Along with chemical compositions, biotic and abiotic calcites were analyzed for their ability to withstand high temperatures.

The authors expect that their results will help guide on-site or sample-return studies of Martian minerals, to determine whether Martian carbonates contain biological signatures.