The glacier data reported by Reyes and colleagues, together with other clues of past climate, support an emerging idea that climate in the North Pacific region has cycled from warmer to colder intervals several times over the last 10,000 years. 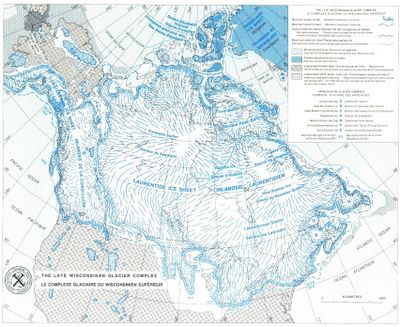 ABSTRACT: Radiocarbon ages and lichen-dated moraines from 17 glaciers in coastal and near- coastal British Columbia and Alaska document a widespread glacier advance during the first millennium A.D. Glaciers at several sites began advancing ca. A.D. 200–300 based on radiocarbon-dated overridden forests. The advance is centered on A.D. 400–700, when glaciers along an 2000 km transect of the Pacific North American cordillera overrode forests, impounded lakes, and deposited moraines. The synchroneity of this glacier advance and inferred cooling over a large area suggest a regional climate forcing and, together with other proxy evidence for late Holocene environmental change during the Medieval Warm Period and Little Ice Age, provide support for millennial-scale climate variability in the North Pacific region.
Posted by Michael J. Ryan, Ph.D. at 9:21 AM