From the UCSD press release:

Results published in an early online edition of the Proceedings of the National Academy of Sciences suggests that the maxim known as “Cope’s Rule” may be only partly true. 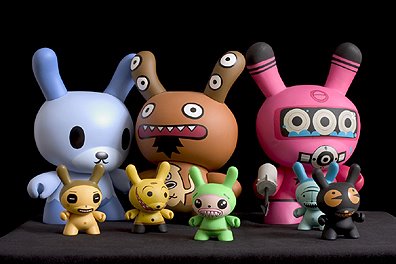 Biologists have long believed that bigger is better when it comes to body size, since many lineages of animals, from horses to dinosaurs, have evolved into larger species over time.

The research found that populations of tiny crustaceans retrieved from deep-sea sediments over the past 40 million years grew bigger and evolved into larger species, as might be predicted from Cope’s Rule. However, the changes in the sizes of these clam-like crustaceans commonly known as ostracodes —from the genus Poseidonamicus — increased only when the global ocean temperature cooled. When temperatures remained stable, not much happened to body size.

“These data show a very nice correlation between temperature and body size,” said Kaustuv Roy, a professor of biology at UCSD and a coauthor of the paper.

The data suggest that Cope’s Rule—named for Edward Cope, a 19 th century American paleontologist who claimed the fossil record showed that lineages became larger over time—may simply be an evolutionary manifestation of Bergmann’s Rule, which holds that animals increase in mass in colder environments.

Biologists had long assumed that Bergmann’s Rule—named after the 19 th century German biologist Christian Bergmann—reflected the adaptation of warm-blooded animals to become larger when they move in colder environments. The reason: Bigger animals have smaller surface to volume ratios and can more effectively conserve heat in cold environments. Similarly, smaller animals with larger surface to volume ratios are better adapted to warmer environments where they can more effectively dissipate heat.

Photo shows increase in body size of deep-sea ostracode Poseidonamicus from 40 million years ago to 900,000 years ago. Photo by Gene Hunt, UCSD.

Biologists are uncertain what may be triggering this biological response to larger size from cool environments. Nevertheless, the UCSD study is important because it establishes a firm link between climatic change and the body size of organisms, paving the way for a better understanding of the evolution of body size in fossil organisms as well as in environments that are now being impacted by global warming [ Ed.note: notice that more and more palaeo papers are now being tied to global wamring?.]
Posted by Michael J. Ryan, Ph.D. at 9:00 AM