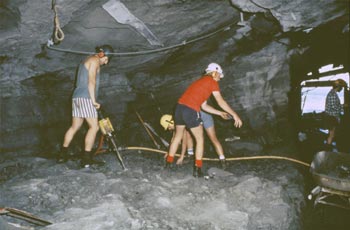 From Hillary Mayell at National Geographic News comes this article:

A lost bet and a sweet tooth led to the announcement this week of a new mammal named after a chocolate brand.

Dubbed Kryoryctes cadburyi—as in Cadbury chocolate—the dinosaur-era mammal was roughly the size of a large cat, covered with quills, and toothless.

A distant relative of today's spiny anteater, the species lived about 106 million years ago alongside dinosaurs in what is now Australia. The material was recovered from Dinosaur Cove by Tom Rich and colleagues about 220 km southwest of Melbourne.

Rich had promised a cubic meter [35 cubic feet, or about a ton] of chocolate to anyone who came up with a mammal specimen. A single tiny mammal humerus was eventually indentified back in the lab.

Rich was thrilled that the dig had turned up an ancient mammal but somewhat dismayed at having to come up with a ton of chocolate, worth about U.S. $10,000. Fortunately, Cindy Hann, a teacher and volunteer from the Dinosaur Cove dig, came to his rescue. Hann had taught a boy whose father was the head of the Cadbury factory in Melbourne. He offered to make good on the chocolate bet. 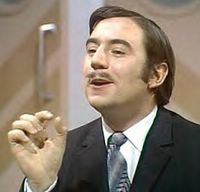 Because there was no way of knowing who had actually found the bone, Rich invited all of the volunteers who had participated in the Dinosaur Cove dig to the presentation of the prize at a local Cadbury chocolate factory.

After photos were taken of the giant slab of cocoa butter, the bone diggers were let loose in a room full of chocolate bars. "It was a bit like Willy Wonka," Wilson said. "There were chocolate bars on the counters, the tables. We carried out boxes and boxes of chocolate."

No Crunchy Frog though.