Dinosaur Sanctuary On The Chatham Islands

Abstract: Cretaceous–Tertiary (K–T) boundary (ca. 65 Ma) sections on a Southwest Pacific island containing dinosaurs were unknown until March 2003 when theropod bones were recovered from the Takatika Grit on the remote Chatham Islands, along the Chatham Rise. Tectonic and palaeontologic evidence support the eastward extension of a ca. 900 km land bridge that connected the islands to what is now New Zealand prior to the K–T boundary. The Chathams terrestrial fauna inhabited coastal, temperate environments along a low-lying, narrow, crustal extension of the New Zealand subcontinent, characterised by a tectonically dynamic, volcanic landscape with eroding hills (horsts) adjacent to flood plains and deltas, all sediments accumulating in grabens. This finger-like tract was blanketed with a conifer and clubmoss (Lycopodiopsida) dominated forest. The Chatham Islands region would have, along with New Zealand, provided a dinosaur island sanctuary after separating from the Gondwana margin ca. 80 Ma. 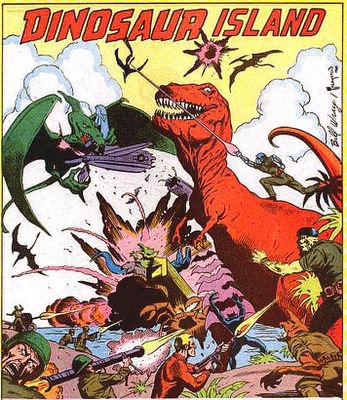