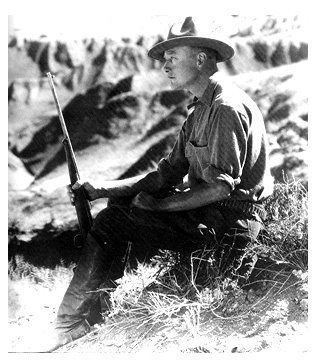 www.whalescampsandtrails.com is a new website set up by the palaeoblogger’s old friend & former Tyrrellite, Clive Coy, where you can discover and explore the fascinating life & times of the American naturalist, explorer and author, Roy Chapman Andrews.

While Indiana Jones is a creation of Hollywood, Roy Chapman Andrews was the flesh and blood equivalent. He actually did fight off a plague of poisonous snakes, sand storms, bandits, hostile armies in remote corners of the world, and was every bit as ruggedly photogenic as Harrison Ford. 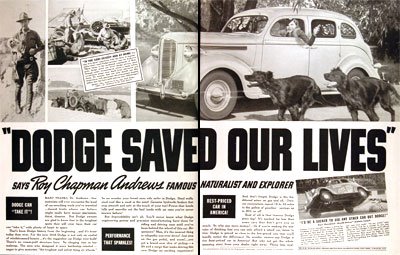 Andrews led a remarkable life, a quintessential American success story, beginning his career at the American Museum of Natural History mopping floors, retiring 35 years later as its Director. Expeditions led by Andrews to Korea, Northern China and Mongolia explored and mapped lands previously unknown to Westerners, discovered many new living animals, fossil mammals, dinosaurs, and the first dinosaur eggs described by science. All of these remarkable accomplishments by the time Andrews was 39 years old.