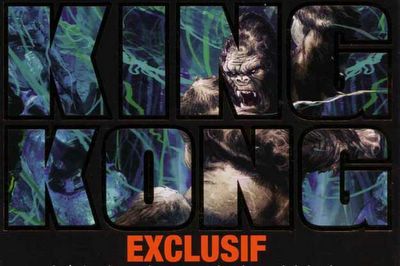 While I was back in Canada last weekend I picked up the latest issue of French cinema magazine "Cine Live"(Mars 2005) to read on the plane flight back to Cleveland. Cover featured this month is Peter Jackson's upcoming remake of "King Kong" due out this December. The article has lots of concept art (e.g. below) and other tidbits of info about the movie.

Like its french counterpart, "Premiere", "Cine Live" puts most North American film magazines to shame. The average issue provides in-depth coverage of many excellent European films that will never see the light of day in North America (other than on DVD), as well as giving critical evaluations of the usual blockbusters that go beyond just reprinting studio press releases. Additionally, you'll get double-sided, pull-out posters (often featuring art that differs significantly from the North American versions), and an hour long DVD (region 2) featuring movie trailers, articles and art that never makes it onto the DVD releases. Any film fan with a basic understanding of French will get a lot out of any issue; everyone else can enjoy the excellent selection of photographs and other art. All for the cost of about 5 bucks Canadian. 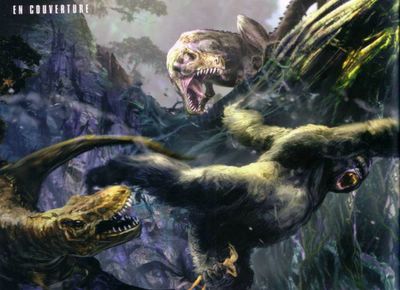