New and Noted from the latest volume of CRETACEOUS RESEARCH:

A coarse-grained sandstone bed of Cretaceous/Paleogene (K/Pg) boundary age occurs in a homogeneous neritic shelf mudstone sequence (Jagüel Formation) in the Neuquén Basin of Argentina. This bed, 15–25 cm thick, contains abundant plagioclase, broken shells and sharks' teeth. Sedimentological features include an erosive base, abundant rip-up clasts, normal grading and hummocky cross-bedding. The K/Pg boundary age of the bed was confirmed by calcareous nannofossils. Similar to other sections in the Gulf Coast region and the Danish Basin, a “dead zone” significantly depleted in macrofossils is evident in the basal 1 m above the clastic layer. In combination, these features suggest that the clastic layer represents a tsunami deposit that was related to the Chicxulub impact event in Yucatan/Mexico. Mechanisms of tsunami wave amplification in this extremely distal and somewhat protected setting are poorly understood but the funnel-shape of the basin may have promoted the unusually strong sedimentological response. 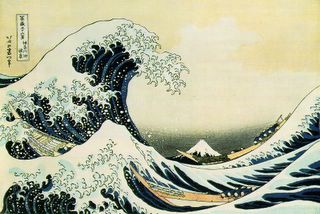 From the same volume:

Most dinosaurian material discovered on the Korean Peninsula remains undescribed and poorly documented. The specimen DGBU-78 is a well-preserved, non-avian theropod femur found in the Hayang Group of the Gyeongsang Supergroup in Korea. A phylogenetic analysis based on femoral characters suggests that it belongs to non-avian Maniraptora more derived than Oviraptorosauria. This specimen possesses a crest-like fourth trochanter, which is similar to those in dromaeosaurids such as Adasaurus mongoliensis and Velociraptor mongoliensis, suggesting a possible close phylogenetic relationship to these taxa. Non-avian maniraptorans including dromaeosaurids have been found in roughly contemporaneous deposits in China and Japan. Therefore, the discovery of the present material in the Korean Peninsula provides further supporting evidence for possible faunal exchange within East Asia during the Early Cretaceous.