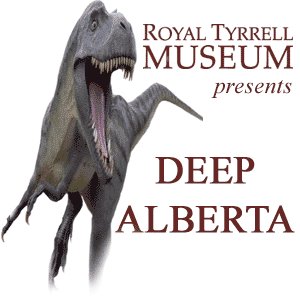 Join John Acorn, host of Deep Alberta - an exciting new series on CKUA that explores fossil sites and ancient life in Alberta, unearthing the mysteries of a province billions of years in the making. 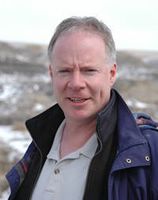 John Acorn is perhaps best known as the writer and host of the television series "Acorn, The Nature Nut," a family-oriented, how-to-be-a-naturalist show. He also hosted “Twits and Pishers,” a travel show for bird watchers. John also has two albums of original music to his credit, and is the official “video host” of the Royal Tyrrell Museum of Palaeontology.


Don’t miss Deep Alberta, 7:57 AM (MST), every Tuesday and Thursday , and in rebroadcast on Saturday and Sunday mornings.

Go to CKUA.ORG and click on their ‘Live On Air’ link to hear the show.

As an aside, John and I meet many moons ago (I think) when he was an interpreter in Dinosaur Provincial Park and I was a field assistant for the Tyrrell Museum (pre - “Royal”). One of my most memorable times with John was when he coerced everyone in the Park to take part in his epic film production of “Peak of Peril”, adapted from Turok, Son of Stone #64. John played crazy old Wodie who tried in vain to help lead Turok and Andar out of the Lost Valley. I played the Head Caveman because I had a beard. The film still lurks in the archives of John’s own “Muir Films” vaults. I should dig out my own copy and post a few stills from it.
Posted by Michael J. Ryan, Ph.D. at 8:11 AM