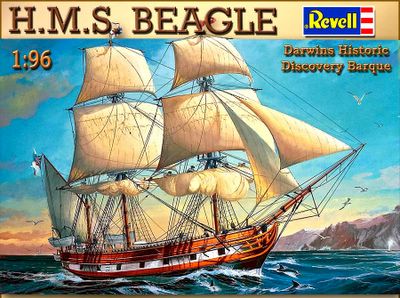 In 1831, Charles Darwin set sail from Plymouth harbour on his voyage of scientific discovery aboard the HMS Beagle, a British Navy ship. The Captain Robert FitzRoy was sailing to the southern coast of South America in order to complete a government survey. Darwin had an unpaid position as the ship's naturalist, at age 22, just out of university.

Originally planned to be at sea for two years, the voyage lasted five years, making stops in Brazil, the Galapogos Islands, and New Zealand. From the observations he made and the specimens he collected on that voyage, Darwin developed his theory of biological evolution through natural selection, which he published 28 years after the Beagle left Plymouth. 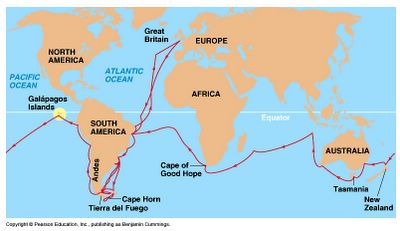