Hayden was an American geologist and explorer of the U.S. West. 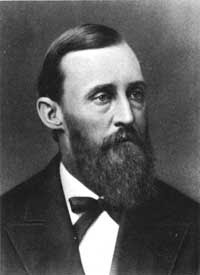 After finishing a medical school training (1853), his early career began in paleontology for James Hall, collecting fossils in the Badlands and the Upper Missouri Valley. It is believed he made the first North American discovery of dinosaur remains (1854) during this expedition.

His work in the Great Plains and Rocky Mountains helped lay the foundation of the U.S. Geological Survey. Hayden is credited with having the Yellowstone geyser area declared the first national park (1872).