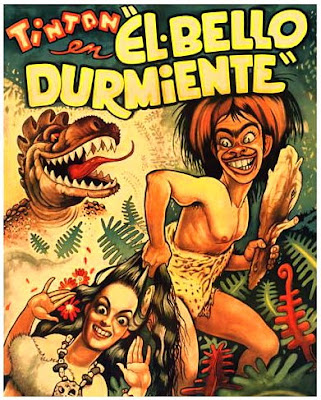 Caveman Triquitrán is given a potion that puts him to sleep on his wedding night. A volcanic eruption buries him, leaving him in suspended animation until he’s found during an archaeological excavation. Hilarity ensues in the modern world. 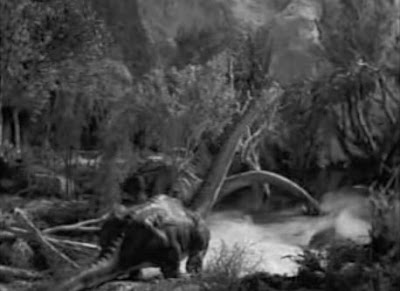 I post it here for its animated dinosaur sequence during the opening (about four plus minutes into this clip). I’ve not seen these animations before so I’m not sure if they were done for this movie or recycled from somewhere else.