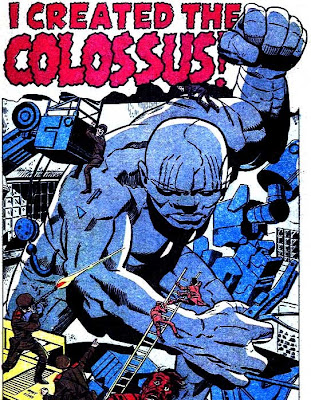 Over 3.5 billion years the maximum body size of organisms increased by 16 orders of magnitude in two distinct bursts tied to the geological evolution of the planet.

"What is really interesting is that each of these 'steps' correlate with a time in life's history where there is innovation in the complexity of life, the first one being the eukaroytic cell and the second is the mulitcellularity of life," said Stempien.

During the first 1.5 billion years of the recorded history of life -- from about 3.5 billion to 2 billion years ago -- only bacteria-like fossils are found. Maximum size to which a bacteria cell can grow is severely limited. After the appearance of photosynthetic bacteria 3 billion years ago, the bacteria released oxygen making it possible for the evolution of a more complex cellular structure. In about two hundred million years, organisms went from cells not visible to the naked eye to macroscopic organisms, some about the size of a dime. 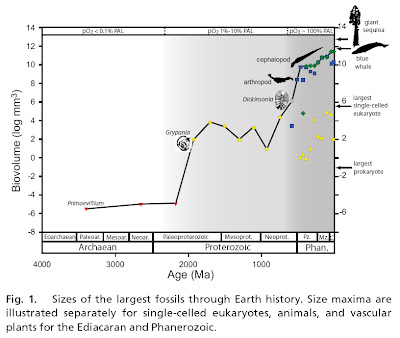 Life languished as single cells for another billion years or so, until just before the Precambrian-Cambrian transition about 540 million years ago, when atmospheric oxygen again increased notably reaching as much as 10 percent of its current concentration. Many scientists argue that the second increase in oxygen levels was a key prerequisite for evolution of yet more complex, multi-cellular (tissue-forming) life.

Once this new level of complexity was achieved, body size limits imposed on single-celled organisms were removed and larger organisms started appearing in the fossil record. Relatively quickly in evolutionary terms – in about one hundred million years – largest life forms transitioned from dime-size, single-celled forms to giant marine animals such as Ordovician cephalopods, tens of feet in length. Dinosaurs, which came much later, come to mind, although not mentioned in the PNAS paper.

Note: The Palaeoblog will slow down for the next 10 days or so.
Have a happy holiday!
Posted by Michael J. Ryan, Ph.D. at 9:50 AM