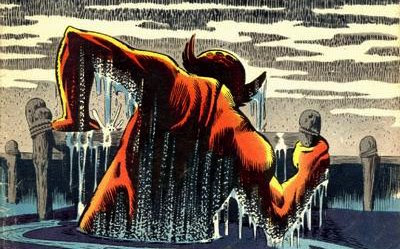 Researchers have characterized the common ancestor of all life on earth, LUCA (Last Universal Common Ancestor) showing that the 3.8-billion-year-old organism was not the creature usually imagined.

The study changes ideas of early life on Earth. "It is generally believed that LUCA was a heat-loving or hyperthermophilic organism. A bit like one of those weird organisms living in the hot vents along the continental ridges deep in the oceans today (above 90C°)," says Nicolas Lartillot, the study's co-author. "However, our data suggests that LUCA was actually sensitive to warmer temperatures and lived in a climate below 50 degrees."

The research team compared genetic information from modern organisms to characterize the ancient ancestor of all life on earth. "We identified common genetic traits between animals, plant, bacteria, and used them to create a tree of life with branches representing separate species. These all stemmed from the same trunk – LUCA, the genetic makeup that we then further characterized."

The group's findings are much more compatible with the theory of an early RNA world, where early life on Earth was composed of ribonucleic acid (RNA), rather than deoxyribonucleic acid (DNA).

However, RNA is particularly sensitive to heat and is unlikely to be stable in the hot temperatures of the early Earth. The data indicate that LUCA found a cooler micro-climate to develop, which helps resolve this paradox and shows that environmental micro domains played a critical role in the development of life on Earth.

It is only in a subsequent step that LUCA's descendants discovered the more thermostable DNA molecule, which they independently acquired (presumably from viruses), and used to replace the old and fragile RNA vehicle. This invention allowed them to move away from the small cool microclimate, evolved and diversify into a variety of sophisticated organisms that could tolerate heat.
Posted by Michael J. Ryan, Ph.D. at 9:25 AM