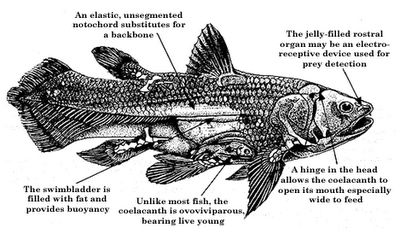 Internal anatomy of the coelacanth, Latimeria chalumnae.
From Today In Science History:

Learn more about Latimeria chalumnae at the Australian Museum fish web page.
Posted by Michael J. Ryan, Ph.D. at 10:38 AM