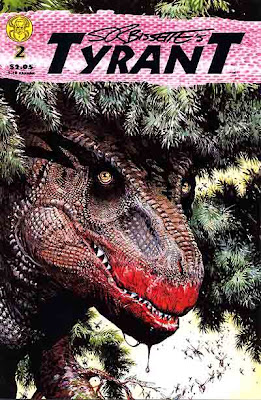 Scientists are providing new insight into the sense of smell of carnivorous dinosaurs and primitive birds, and have suggested that Tyrannosaurus rex had the best nose of all meat-eating dinosaurs. Their results tone down the reputation of T. rex as a scavenger [Ed. - Isn’t an enhanced sense of smell use to support the scavenging hypothesis?].

The researchers inferred the size of the olfactory bulbs based on the impressions left on skull bones.

"T. rex has previously been accused of being a scavenger due to its keen sniffer, although its nose may point to alternative lifestyles based on what we see in living animals" says Zelenitsky, the lead investigator on the study. "Large olfactory bulbs are found in living birds and mammals that rely heavily on smell to find meat, in animals that are active at night, and in those animals that patrol large areas. Although the king of carnivorous dinosaurs wouldn't have passed on scavenging a free dead meal, it may have used its sense of smell to strike at night or to navigate through large territories to find its next victim."

In addition to providing clues about the biology and behavior of the ancient predators, the study also reveals some surprising information about the sense of smell in the ancestors of modern birds.

They found that the extinct bird Archaeopteryx, known to have evolved from small meat-eating dinosaurs, had an olfactory bulb size comparable to most theropod dinosaurs. Although sight is very good in most birds today, their sense of smell is usually poor, a pattern that does not hold true in the ancestry of living birds.
Posted by Michael J. Ryan, Ph.D. at 7:25 AM