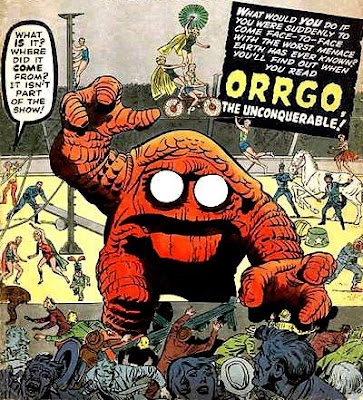 Researchers have unearthed crystalline magnetic fossils of a previously unknown species of microorganism that lived at the boundary of the Paleocene and Eocene epochs, some 55 million years ago.

Though they are only some four microns long, these newly discovered, spear-shaped magnetite crystals (magnetofossils) – unearthed at a dig in New Jersey – are up to eight times larger than previously known magnetofossils. Magnetofossils are remnants of magnetite crystals produced by a type of bacteria called magnetotactic bacteria that are capable of orienting themselves along the direction of the Earth's magnetic field.

This species of microorganism, explained Vali, lived during a period of abrupt global warming known as the Paleocene-Eocene Thermal Maximum (PETM), when worldwide temperatures rose by 5° to 6° C over a period of 20,000 years. 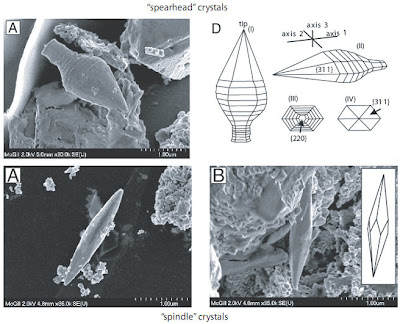 Read the CalTech press release.
Posted by Michael J. Ryan, Ph.D. at 8:13 AM