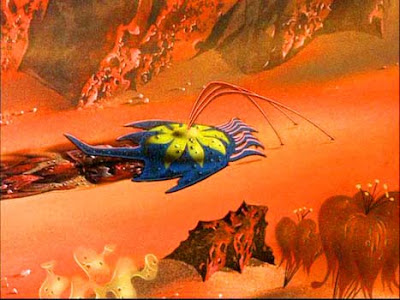 Researchers have put forward a simple model of development and gene regulation that is capable of explaining patterns observed in the distribution of morphologies and body plans.

Diversity only a tiny fraction of the endless 'space' of possibilities, and observed phenotypes actually occupy only small, dense patches in the abstract phenotypic space. Researchers demonstrate that the sparseness of variety in nature can be attributed to the interactions between multiple genes and genetic controls involved in the development of organisms – a much simpler explanation than previously suggested.

The new model reproduces patterns that are observed in the fossil record, including increasing variation between taxonomic groups, accompanied by decreasing variation within groups. This pattern is consistent with the Cambrian radiation associated with a rapid proliferation of highly disparate, multicellular animals, and suggests that much of the variation seen today is as a result of simpler genetic controls dating from much earlier in evolutionary time.

The findings presented in this study also bear directly on issues of convergence (when very different organisms independently evolve similar features). By including a model of development, rather different genotypes can produce very similar phenotypes. Consequently, convergent evolution, which the vast space of genotypes would suggest to be rare, is allowed to become much more common.

One of the paradoxical implications of this study has been to show how innovations in development that lead to an overall increase in the number of accessible phenotypes, can lead to a reduction in selective variance. In other words, while the potential for novel phenotypes increases, the fraction of space these phenotypes occupies tends to contract. They concluded that "The theory presented in our paper complements the view of development as a key component in the production of endless forms and highlights the crucial role of development in constraining (as well as generating) biotic diversity."
Posted by Michael J. Ryan, Ph.D. at 8:07 AM