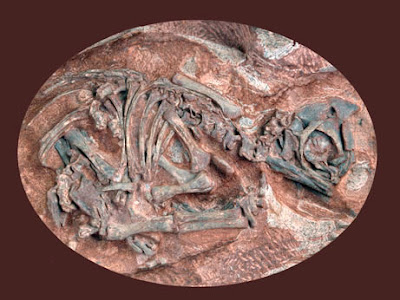 The idea that extreme temperature changes during the extinction event at the end of the Cretaceous played a role in the demise of the non-avian dinos has been mentioned a number of times over the past 20 years. Here’s some experimental evidence for the effect of temperature on the incubation of eggs from living birds.

Abstract: Sex ratios have important evolutionary consequences and are often biased by environmental factors. The effect of developmental temperature on offspring sex ratios has been widely documented across a diverse range of taxa but has rarely been investigated in birds and mammals. However, recent field observations and artificial incubation experiments have demonstrated that the hatching sex ratio of a megapode, the Australian brush-turkey (Alectura lathami), varied with incubation temperature; more females hatched at high incubation temperatures and more males hatched at low temperatures.