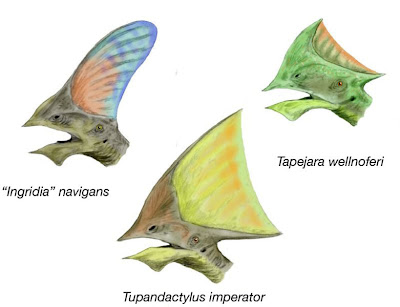 image
From the GSA press release:

Paleontologist Sankar Chatterjee of Texas Tech University, aeronautical engineer Rick Lind of the University of Florida, and their students, Andy Gedeon and Brian Roberts, have reached back in time 115 million years to one of the most successful flying creatures in Earth’s history, the pterodactyl, to conjure a robotic spy plane with next-generation capabilities.

Mimicking the physical and biological characteristics of the Early Cretaceous Brazilian pterosaur Tapejara wellnhoferi — skin, blood vessels, muscles, tendons, nerves, cranial plate, skeletal structure, and more — the scientists are working to develop a Pterodrone — an unmanned aerial vehicle that not only flies but also walks and sails just like the original.

"The next generation of airborne drones won’t just be small and silent," says the multidisciplinary group, "they’ll alter their wing shapes using morphing techniques to squeeze through confined spaces, dive between buildings, zoom under overpasses, land on apartment balconies, or sail along the coastline." 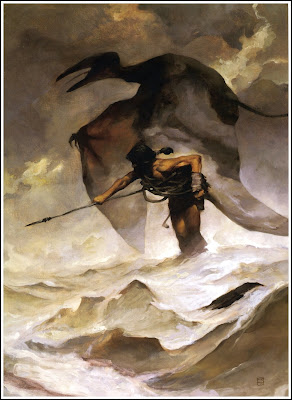