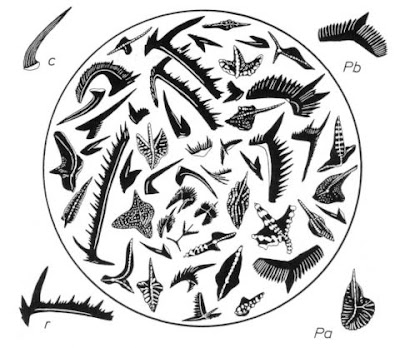 During the Permian, all the world's land masses joined together into a single supercontinent called Pangea. Near the end of the Permian, during the mass extinction, about 95 per cent of all marine species and 70 per cent of land species died and the recovery of life on Earth took longer than other extinction events because so much biodiversity was lost. There are several theories as to why this mass extinction event took place ranging from the heating of the Earth to a catastrophic event. The authors favour major climate change since increased temperatures and elevated CO2 levels are linked to oxygen stress that is key to the results of their research.

Researchers have been studying the Permian-Triassic extinction event for years, but mostly in Greenland and south China where formations represent areas of deep water and have very low levels of oxygen. The research team studied trace fossils along the ancient shorelines found in rock located in western Alberta, northeast British Columbia, and the barren landscapes of the Canadian Arctic. Trace fossils preserve the activity of organisms and can be burrows or other actions created by the ancestors of modern worms and marine arthropods. The dating of these shorelines is confirmed by the presence of distinct conodonts – a microfossil in which the passing of time is recorded by rapid evolutionary changes.

"These trace fossils present a record of ocean-bottom dwelling organisms and indicate locally well-oxygenated conditions in an ocean otherwise characterized by widespread anoxia," says Beatty - the lead author. "Within this habitable zone, the latest Permian extinction levels are reduced and the recovery time is minimized. The findings support the idea that reduced oxygen levels is a major cause of why the recovery from Earth's greatest extinction was delayed."
Posted by Michael J. Ryan, Ph.D. at 9:16 AM