Last August some of the volunteers who came out to Dinosaur Provincial Park in 1988 as part of the Tyrrell Museum's volunteer program held a mini-reunion back in DPP. Unfortunately I could not attend (being en route to Mongolia), but my old friend Diane sent along some photos. Everyone still looks great! 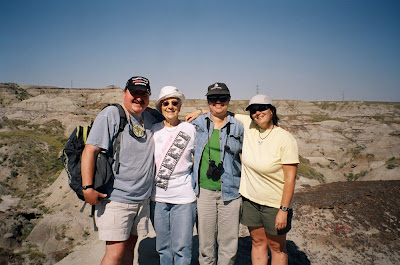 Paul Ferguson, Maria Santi, Rita Schulze & Diane. Maria's wearing the field season t-shirt I designed for that year - a not-so-sly dig at the IMAX film crew that took up too much of our time that summer! 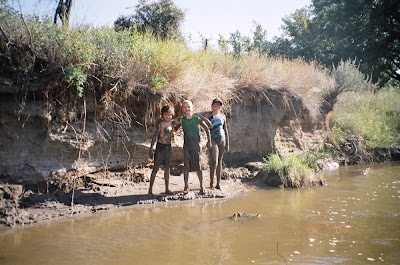 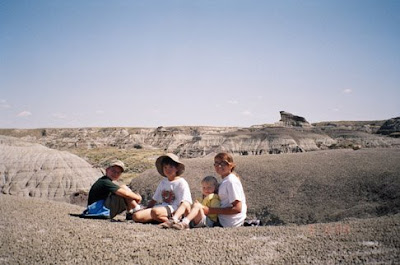 I could not find any 'before' pix from 1988, but I did find a series of photos showing the excavation in 1985 of the Daspletosaurus now on display at the RTMP Field Station in DPP. I'll post those soon.
Posted by Michael J. Ryan, Ph.D. at 3:34 PM