New evidence indicates that the orb web common to two different groups of spiders had a single evolutionary origin and may have been snagging flying insects as early as 136 million years ago. 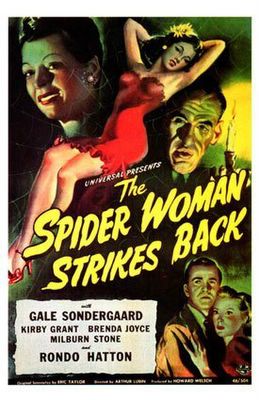 From the AAAS press release:

New genetic evidence from one set of orb-web spinners called the Deinopoidea confirms that the group shares some key silk proteins with its fellow orb weavers the Araneoidea, according to Jessica Garb. Based on fossil evidence, the ancestor of the two spider groups probably lived at least 136 million years ago, making the orb web an ancient adaptation.

In addition to spiders that construct typical orb-webs, deinopoids include the ogre-faced, net-casting spiders that throw a modified orb web stretched between their legs over their prey. Araneoids include the orb weavers such as golden silk spiders with their traditional spiraling web as well as sheet-web weaving spiders. Garb says the finding "does not support a double origin for the orb web," but indicates that the unique design evolved only once.

In a second study researchers found pieces of a web with several insects still entangled encased in a 110-million year old piece of amber from a site in Spain.

Although Grimaldi and colleagues say there is not enough of the web preserved to know for sure, the parts that are preserved suggest an orb web design. In any case, Grimaldi says, the find indicates that the challenging silken traps of Early Cretaceous spiders may have put the pressure on many types of flying insects to evolve.

"Apparently, spiders have been fishing insects from the air for a very long time."
Posted by Michael J. Ryan, Ph.D. at 12:31 PM