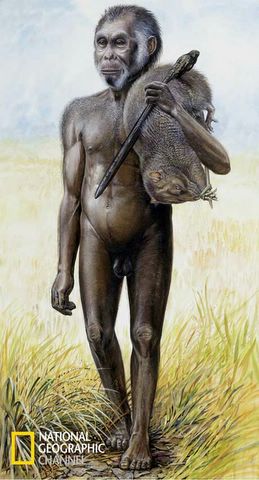 An analysis of tools from a site called Mata Menge are strikingly similar to those found at the nearby H. floresiensis locality dated at 800,000 years ago.

The similarity between the two sites suggests that H. floresiensis humans—who had tiny, grapefruit-size brains—were capable craftspeople who inherited their toolmaking tradition from ancestors who evolved on Flores, researchers said. Both sets of tools from the Liang Bua cave and the older Mata Menge archaeological site share hallmarks of simple but sophisticated flaking and shaping.

Previously some scientists had cited the complexity of the Flores stone tools as evidence that the hobbit-like people were diseased modern humans rather than a unique species.