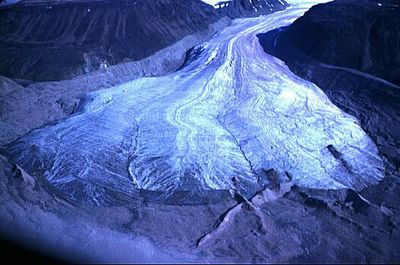 Link
Abstract: Paleontology is a data-rich science--so rich, in fact, that most geological dating using fossils has traditionally been based on just a minor subset of the total information available. This practice limits the resolution that can be achieved in dating, a particular problem when testing contentious theories about the existence of continental-scale ice sheets in the Cretaceous period, a time of global greenhouse climate. To demonstrate the presence of such ice sheets, it is necessary to prove that sea-level fluctuations resulting from apparent changes in ice volume were global and synchronous.

In this paper we use a newly-developed quantitative approach to integrate very large amounts of paleontological data and to date the geological evidence for sea-level changes in New Zealand. We show that some Cretaceous sea-level changes in New Zealand were apparently synchronous (with 92% probability) with changes in eastern United States, thereby supporting hypotheses of Cretaceous polar continental glaciation in the Cretaceous greenhouse world.
Posted by Michael J. Ryan, Ph.D. at 8:47 AM