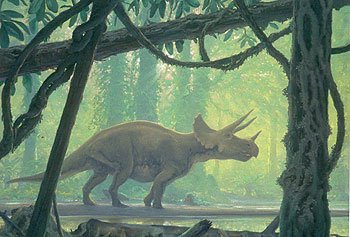 © Doug Henderson
From the pres release from University of Newcastle upon Tyne:

New scientific results for the Late Cretaceous greenhouse indicate radically different climatic mechanisms operating about 75-90 million years ago compared to the ones that control today's climate.

These new results challenge current notions on role of the tropics as main driver of Cretaceous climate. They rather support the conclusion that tropical climate in a greenhouse world is ultimately triggered by climate change at mid-southern latitudes, with precipitation and river discharge being the transport mechanisms.
Posted by Michael J. Ryan, Ph.D. at 8:48 AM