Our Knowledge of Dino Evolution Is Pretty Good 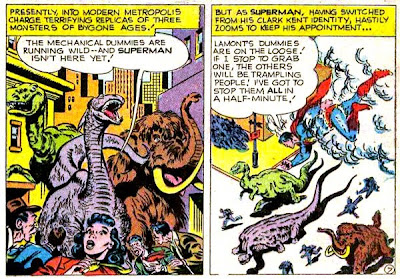 Scientists’ claim our knowledge of the evolution of dinosaurs is remarkably complete.

The researchers found that the fossil record for the dinosaurs studied, ranging from gigantic sauropods to two-legged meat eaters such as T. rex, matched very well with the evolutionary tree, meaning that the current view of evolution of these creatures is very accurate.

The researchers studied gaps in the fossil record, so-called ‘ghost ranges’, where the evolutionary tree indicates there should be fossils but where none have yet been found. They mapped these gaps onto the evolutionary tree and calculated statistical probabilities to find the closeness of the match.

“Pinning down an accurate date for some fossils can also prove difficult. For example, the oldest fossil may be so incomplete that it becomes uncertain as to which group it belongs. This is particularly true with fragments of bones. Our study made allowances for this uncertainty.

“We are excited that our data show an almost perfect agreement between the evolutionary tree and the ages of fossils in the rocks. This is because it confirms that the fossil record offers an extremely accurate account of how these amazing animals evolved over time and gives clues as to how mammals and birds evolved from them.”
Posted by Michael J. Ryan, Ph.D. at 8:48 PM