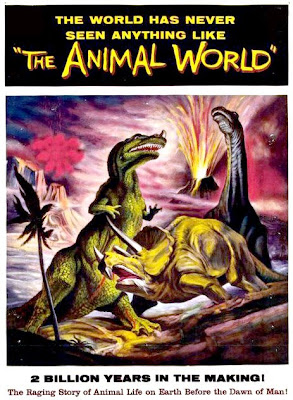 The Animal World was one of the first films to present dinosaurs in the quasi-nature documentary so beloved by the Discovery Channel today. Rarely seen now, it featured about 10 minutes of great dinosaur stop-animation by Ray Harryhausen with Willis O’Brien. The entire sequence was released as an extra on the 2003 DVD release of The Black Scorpion.
Posted by Michael J. Ryan, Ph.D. at 12:00 PM