Opened To The Public (1759): The British Museum 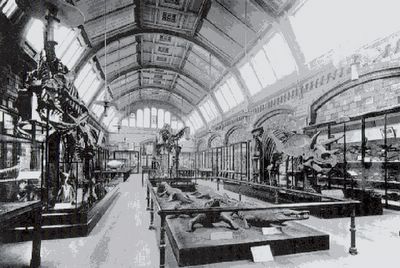 image.
On this day in 1759, the British Museum, in Bloomsbury, London, the world's oldest public national museum, opened to the public who were admitted in small groups, by ticket obtained in advance, for a conducted tour.

It was established on June 7, 1753 when King George II gave his royal assent to an Act of Parliament to acquire the collection of Sir Hans Sloane. In his will, he had offered the nation his lifetime collection of 71,000 objects, mostly plant and animal specimens. In return, he requested £20,000 for his heirs (which today would be over £2,000,000). The present museum buildings date from the mid-19th century. Its natural history collection moved to its own museum in 1881. link
Posted by Michael J. Ryan, Ph.D. at 8:15 AM