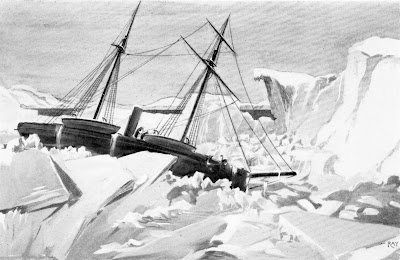 Oxygen trapped in 635-million-year-old rocks from the Arctic has revealed that ancient Earth once had an otherworldly atmosphere that might have helped melt millions of years' worth of deep freeze. Analysis of the chemical composition of rocks from the Norwegian island chain of Svalbard shows a surprisingly low amount of a particular type, or isotope, of oxygen.

Reduced levels of this isotope are linked to high levels of carbon dioxide in the atmosphere, and the new data suggest ancient Earth might have had 300 to 1,000 times more CO2 than current levels.

Bao and colleagues think their finding supports the "snowball Earth" theory, which says that snow and ice accumulation worldwide once reached a threshold that caused the entire planet to stay frozen for millions of years.

Abstract: The oxygen isotope composition of terrestrial sulfate is affected measurably by many Earth-surface processes. During the Neoproterozoic, severe "snowball" glaciations would have had an extreme impact on the biosphere and the atmosphere. Here, we report that sulfate extracted from carbonate lenses within a Neoproterozoic glacial diamictite suite from Svalbard, with an age of 635 million years ago, falls well outside the currently known natural range of triple oxygen isotope compositions and indicates that the atmosphere had either an exceptionally high atmospheric carbon dioxide concentration or an utterly unfamiliar oxygen cycle during deposition of the diamictites. image
Posted by Michael J. Ryan, Ph.D. at 7:47 AM