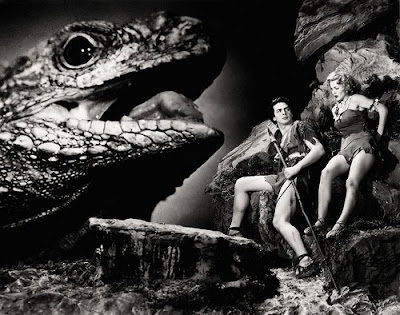 One Million B.C.
Born Frances Lillian Mary Ridste, Carole quit school at 15 go into show business. She had bit parts until 1940 when Hal Roach cast her as the cave girl, Lorna, along side leading man Victor Mature in One Million B.C., the film that made her a star. Landis became a popular pin-up with servicemen during World War II. She was an accomplished writer; her 1944 book Four Jills in a Jeep was later made into a movie. After a turbulent love life she commited suicide at age 29.
Posted by Michael J. Ryan, Ph.D. at 10:24 AM