The Return of The Dinosauroid Man 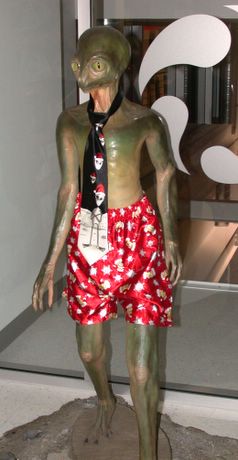 I’m busy working at the Canadian Museum of Nature in Gatineau, Quebec, this week, and I’ll be doing a few postings of some of interesting sights in and around the collections, including a phenomenal computer animation of the Chasmosaurus irvinensis skeleton… but more on that later.

For now, some photos of Dale Russell’s ‘Dinosauroid Man’ (above) currently tucked away in one of the hallways of the Museum. Most people only know of this model as fodder of the supermarket rags, but Dale actually had the model built and wrote a ‘thought experiment’ paper to speculate on the direction that dinosaur evolution might have gone if the ‘brainiest’ small theropod, Troodon, (at the bottom) had of continued to evolve to man-like proportions.

When Dale Russell later wrote his wonderful book, An Odyssey in Time: The Dinosaurs of North America, the artist Eli Kish did some excellent paintings of a number of the well-known dinosaurs of Alberta.

Before she started each painting she built a small maquete of each dino which she then based her artistic recreation on. These models are now curated at in the CMN collections and I’ll be posting some photos on these later in the week. Of interest to readers of this blog is that Kish also did at least one beautiful painting of a family of ‘dinosauroids’ that was to be included in the book but was excluded at the last minute. I remember seeing the painting about 15 years ago, but as far as I know it’s never been published anywhere. These are the maquetes she used for her painting, the tallest being about 12 inches high. 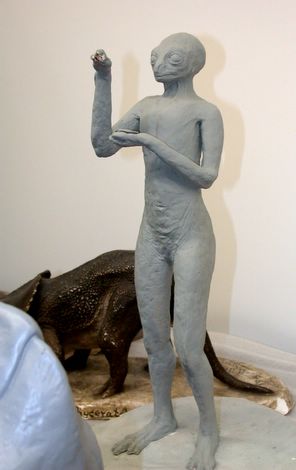 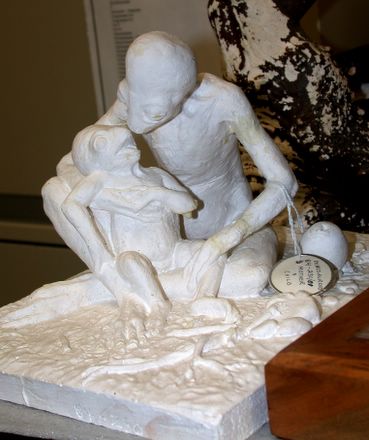 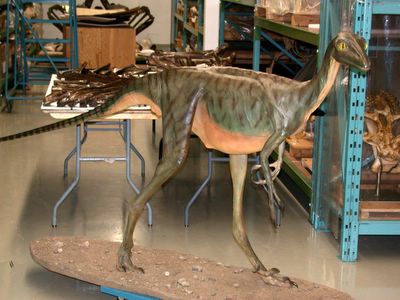