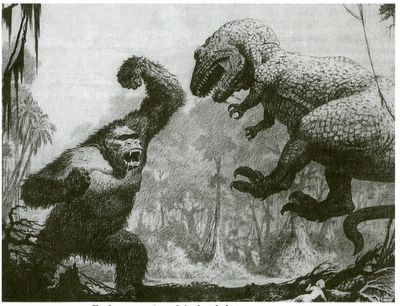 From American Heritage.com comes THIS ARTICLE by Tom Huntington all about the people behind the 1933, 'KING KONG', and how it was made:

Even before it was made, the original King Kong was becoming a legend. “Because of the highly secret methods of filming used, the picture is being made on a closed stage and admittance is strictly forbidden,” read a notice at RKO Studio in the summer of 1932. The studio’s head of production was David O. Selznick; his assistant, Merian C. Cooper, was running Production 601. “I knew they were making something,” remembered the director George Cukor. “I would see them making it for what seemed like years and years, and we thought, dear old Coop, he’s making this preposterous picture."